This clip is not remotely undead/zombie related, but it was so awesomely bad that I could not pass up the chance to pass it on.

There is just nothing better than an Indian Deathstar.  Watch……

I defy you to send me a link to anything as awesomely bad.

Not the best production values but it is worth watching just for the background music.

Brilliant marketing plan from Ford. I’m not sure I agree with the results, but I give the marketing team an A+ for creativity, and targeting an under appreciated consumer group.

Let me know what vehicle you think is the best for survival and why below.

So apparently these guys have some access to some nice equipment and decided to make a Black Mesa Trailer for fun.  Luckily for them, Valve thought it was great and gave it a thumbs up versus making a fuss over the rights since the owners aren’t trying to make money from it.

This is some sweet footage out of Russia of a documented undead attack.

Nothing says readiness like a lot of fully loaded magazines. 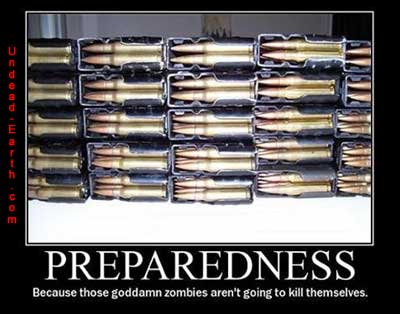 Great Zombie mash up with Bush.

Thank you for sending me more posters John.

It is greatly appreciated. 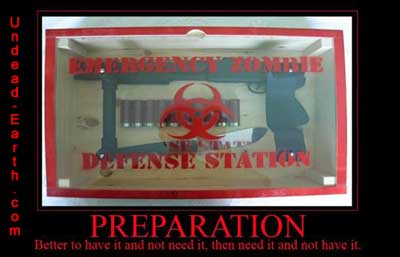 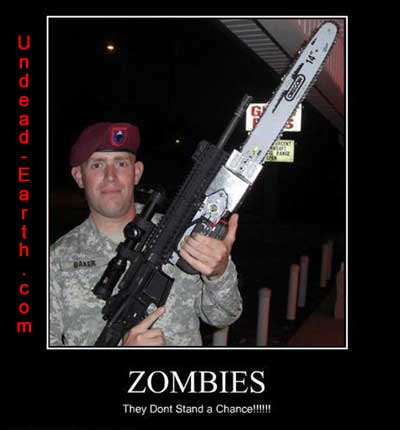 Personally, I like the chainsaw addition the most of these two.

Thank you to John W for sending me this. I got the other two you sent as well, will put them up soon. 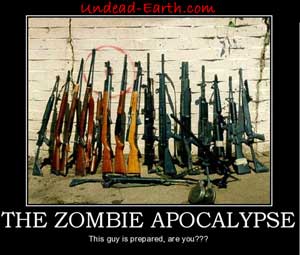 He had one hand on the steering wheel of his pickup and the other was clutching his colt. Which wouldn’t have been so bad, but every time the tears would threaten to blur his vision he’d use the back of his gun hand to clear his eyes. The world was falling apart, he was very clear on that now. Just getting out of town he’d seen ten more of those things. He knew most of them, it was a small town, but he refused to name them. That seemed wrong. They weren’t people anymore.

And yet, with everything falling apart, he was crying because the last time he’d taken Route 36 to Abilene was with his daughter. A part of him tried to rationalize. Maybe it was better his wife and daughter died the week before when their house burnt down, but even thinking about thinking about the thought sent a stab of pain through his chest. No matter how bad it was, or was going to get, he would have wanted them next to him, crammed into the front of his truck with him.