What an awesome premise.  The zombies don’t realize they are the infected, and see themselves as the “good guys”.  The trick works well, but it just doesn’t carry a whole movie.

It may score a 2 overall, but its worth a watch just for the few laughs there are.  It’s not a horrible movie, it just could have been so much more.  At times there were clearly jokes that could have been made, but I think they were afraid of going too raunchy.  It is already an unreated movie, I say go for it. 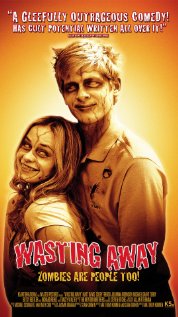