Birds die off in Arkansas.  Officials state that fireworks “scared” them and they flew into each other. Cold water kills millions of fish in Maryland. Since then, reports of smaller die-offs have been reported in Europe, Brazil, and Asia.

But don’t worry, it doesn’t mean anything. That canary we had down in the mine with us died, but its nothing to worry about. Make sure your jump bag is packed and you are ready to run when it breaks. The animals start to die off, then the people.

Then the people dead people start  to get up again.

It always starts small.
A single action, followed by another, and another… 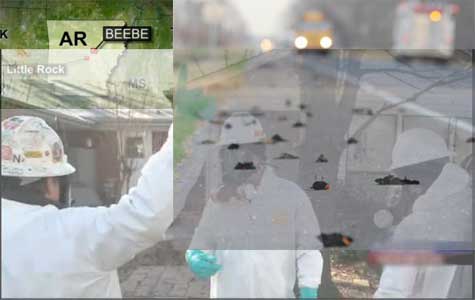