Colombiana follows an old and well travelled path.  Girl see’s parents die, and vows revenge. It has been done before, and a bit better, but overall it wasn’t a horrible movie, it was just a little too slow in some spots and there wasn’t really anything new in it.

Zoe Saldana does a passable job as an assassin right up until the final fight scene.  There is just no way a hundred and ten pound woman is going to grapple with a man twice her size and win. It felt like they hired the choreographer from the Jason Bourne movies, but just couldn’t pull it off.

And after shooting into a CIA office building and threatening to kill a member of an FBI agents family every week, there is no way they are going to stop looking for her.

Okay if you rent it, but its not something I would buy and watch again. 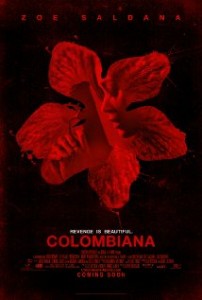