It comes down to simple distinction. I have to force myself to finish watching a movie that gets only a one, but a two means I can at least watch it without having to do more than drink a beer and wonder how it got approved to be made.

The story had a nice little twist, but it still felt like eating a ham sandwhich with no ham in it – something was just missing.  When watching the movie and trying to figure out where they stole their props is one of the highlights, you know they missed out on a few other critical pieces.

I think the helmets belonged to Boba Fett and the rifles appear to be spray painted and slightly modified Nerf Guns. 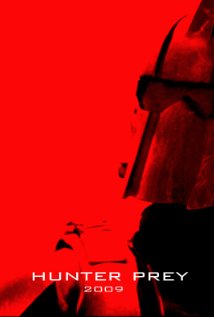