No Strings Attached (5 out of 5 Graves)

I was really dreading this movie. It was date night, and it was not my turn to pick the flick.

I was pleasantly surprised, actually, I was rocked. It was a great movie.  From the scene to the last, I was laughing.

The row behind us was all fifteen year old girls, whose parents probably thought they were going to see a comedy.  While the movie rocked, half my enjoyment also came from my significant other squirming next to me, uncomfortable or maybe a touch guilty as she tried not to laugh as she thought of all the kids behind us.  (Who probably got the jokes more than she did. )

A truly funny movie with tons of unexpected laughs. 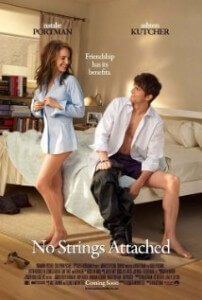