The acting by Amy Smart and Tim Chiou is excellent and the story is a solid, non nonsense monster plot. The movie really suffers from a lack of budget though. Sixty-five percent of the footage is black, and the other thirty-five is so blurred and hectic it makes the movie hard to watch without getting a headache.

The director should have been less concerned with the “low budget” monsters. They were actually quite creepy, and all the rapid camera work to give you less time to really look at them didn’t help the film, it hurt it.

Overall, an enjoyable movie, but it missed the mark on greatness because of bad decisions from whomever was sitting in the directors chair.   Way too much rapid camera movement and not a single shot of Amy’s boobs. 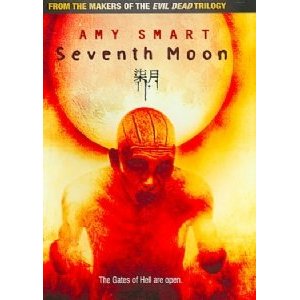