So let’s start out by breaking down exactly who and what Shane is.

He was a deputy working for Rick on the police department as well as being his best friend. When Rick is wounded, Shane leaves him in the hospital for dead and then takes up with Lori (Rick’s wife).

Shane struggles with his feelings for Lori, and even thinks about taking Rick out of the picture, and may have if Dale hadn’t caught him in the midst of thinking about it.

All that aside, let’s concentrate on the first of two issues. We’ll cover the second one in Part 2.

Is there anything that Shane could have done other than shoot Otis? Was it the right thing to do?

Argument 1…Otis shot Carl and if Shane didn’t make it back with the medical supplies the kid would die, so Otis was just paying for his sins.

Argument 2…Only the strongest survive. If Otis wanted to survive he would have put a bullet in Shane before he got one himself.

What would you have done? And what would you do if you were there to witness it, but the shooter didn’t know it? Do you tell anyone? 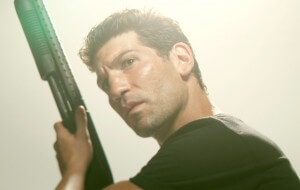