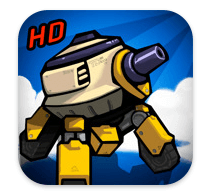 Something about taking a defensive position and mowing down waves of monsters definetly appeals to me.  The latest tower based game is “Tower Defense HD” for the Ipad, and I had a ball playing it.  It is a simple, straightforward game that hits the sweet spot just right.

It has the classic offensive towers for the genre, but mixes in some new concepts like terrain providing range impacts depending on whether you are shooting uphil or downhill. It is currently on sale, although I purchased it right before the price was kicked down, but even with that, I wasn’t upset that I spent a few dollars more because the game play was so well balanced.

Unlike some other similar tower games there isn’t as much mazing (hardly any really) but there is still a required strategy for each map, and as you progress through the game the available options for success do narrow down, but not so much that you feel like you have to map out the levels on a piece of paper with a stop watch.  I kid you not, some of the other tower games are so tough I was forced to do that, and if you are one second in front of or behind the required action you blow the whole mission.

My only gripe was that I finished it in a week of casual play and I wish there were more missions and a few more “Challenge” missions with unlimited waves of monsters.  Tower Defense isn’t the first Tower based game, but if you haven’t played any before, it should definetly be your first.

You won’t regret it. 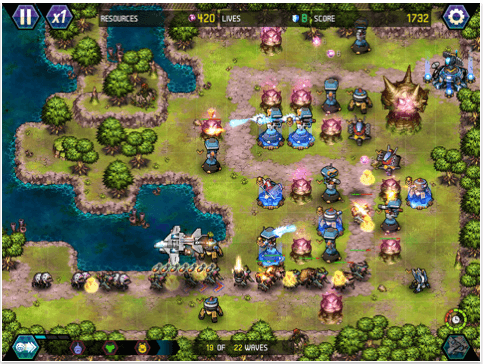