So we’ve talked about tons of survival gear, tactics, and strategies, but we’ve left one thing out.

What happens when we run out of toilette paper?

It’s not like when you run out of bullets and you have to go to the baseball bat or machete. Running out of TP is a serious frickin issue.  No matter how much you stash away, it is eventually going to run out.

You can go Roman and fill a clay pot with salt water while using a stick with a sponge attached to it to cleanse your backside.

In the late middle ages the french actually produced the first bidet, which is actually fairly easy to build when your target is a simple gravity fed device (A five gallon bucket with a rubber hose attached to it) – or if you have it to spare, use a camp shower setup. 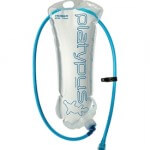 The Chinese actually made the first toilette paper in the 1390’s, but unless your really comitted to making home made TP, I would go with the bidet.

Of course, if water is short, there are leaves, towels (wash and re-use) and the Arabian way of using your left hand to clean yourself.