Okay, the final day, and I think the truly final stray in convincing me that republicans are just ruthless thugs. (See Statement 1 & Statement 2 here.)

The ex human who made these statements really finished strong with his third statement.

Statement 3: Obama has created a horde of people doing nothing but sitting on government assistance. These people are living off the “working class” and Obama has cultivated these masses for no purpose than to vote for him.

Reality: First of all, am I the only person who sees the racism here? Okay, I won’t go to far down that path, but I think it is a very real source for the way this line of thinking started.

Myth 1: Obama removed the work requirements for welfare.  This is just lies.

“Romney’s attacks rely on a deliberate distortion of a federal memo that toughens, rather than loosens, welfare’s work requirements. The memo invites states to apply for waivers that would grant them more flexibility to help their poorest citizens transition from welfare to employment—in return, the states would face tougher federal standards that ensure 20% more people move into work.”

Statement 3B: The economy was much better at the end of Bush’s eight years and Obama has driven it into the ground. This was the zinger that I almost choked on. I aske dumb f*cker what the stock market was when Bush left office, and his reply was that this was normal up and downs that can’t be used as a valid argument. Really? There was no relationship between Bush’s policies and the economic free fall?

And Obama didn’t do better? I beg to differ. At least he created jobs, and those were here, not overseas. 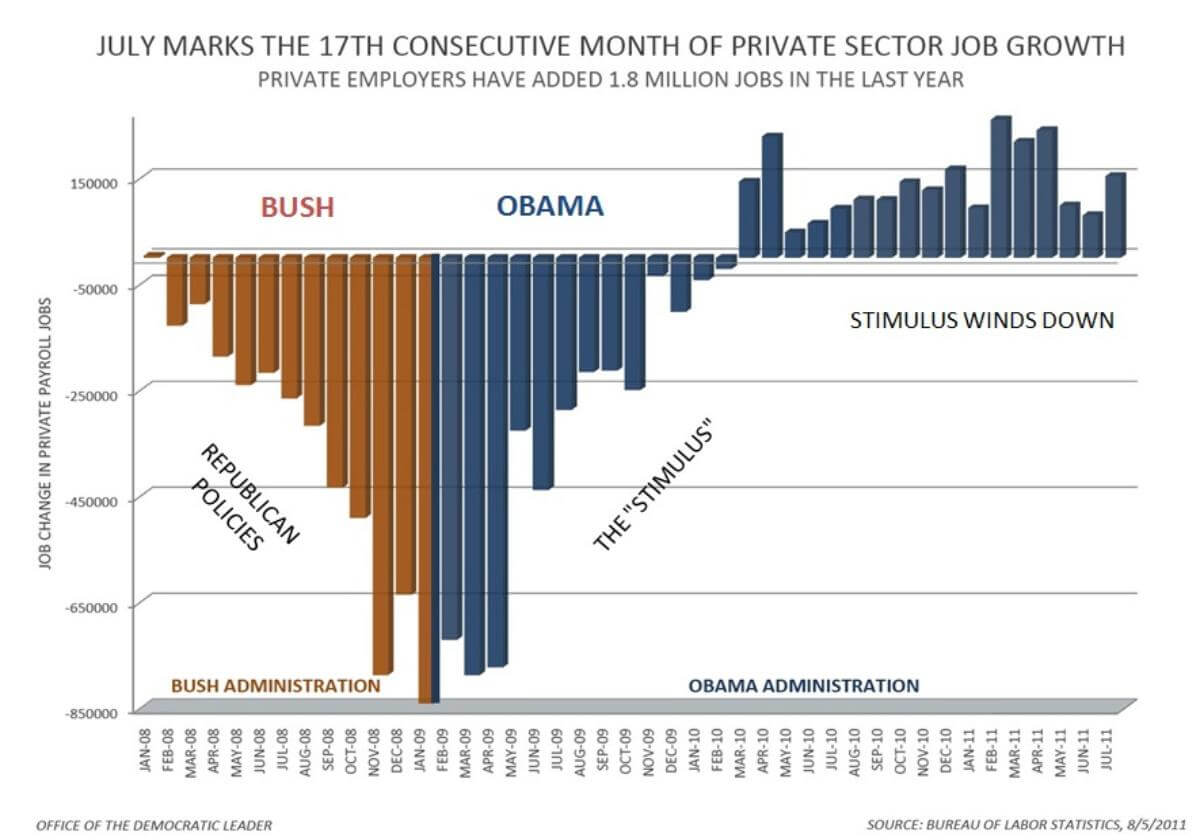