What good is a shock wand against zombies you might ask? Actually, not a whole lot.

But everything after the apocalypse isn’t about the zombies. You have to worry almost as much about the other survivors, maybe more so, because your natural instinct might be to let your guard down against them, which you would never do with a zombie.

So what do you do if you need some non-lethal weaponry against your own kind? You can always duke it out, but that runs the risk of leaving you wounded or worse. I say shock the hell out of your enemy.

Depending on where you live and or your ability to use ebay, you will find two varieties of the shock wand.

Let’s start with the “modern” variety. This is what you will find security guards and police carrying around. It is really meant to give them a bit of reach so they can zap you easier.

The problem I have with it is that it is generally fairly light and if you have to use it as a baton it becomes much less effective.

And that leads me to the shock wand I really prefer if you can find it. An old style cattle prod. You can just see from the way this thing is built it was made to take a beating and keep working. And it’s heavy duty enough to crack some skulls if needed. There is always the downside of weight, but there are times when carrying a little extra might be worth it. 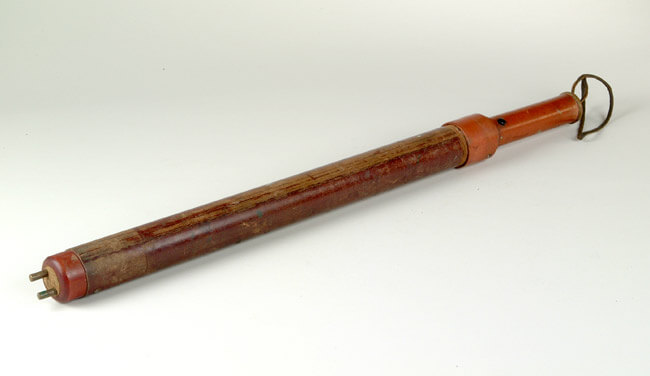