For the twentieth day of my 25 Undead Christmas presents I want a pallet of survival buckets.

They aren’t going to keep you alive for weeks at a time, but they are small enough to put one in every closet and the trunk of every vehicle. And I don’t just mean at home. You have no idea where you’re going to be when the end starts, and the last thing you want to be forced to do during those first deadly days  is to be forced to move through open territory. When the end comes you want to be able to sit tight wherever you are and wait until all the idiots get eaten and use up their ammo.

Keep a survival bucket at the office, at your vacation home, in your closet at home – and when it all goes south, you will be able to sit tight for a few days until the worst of it settles out.  You have to remember, in those first days, you’re going to have to be just as worried about the other survivors wandering around as the undead.  The more you can keep your head low during those days and let the undead thin out the numbers, the better off you will be.

There is also a “fun” game you can play with people you don’t like. Pick a mixture of people you don’t like but that have homes at strategically important locations. That way, if you get  stuck out in the open when it hits you can just go their place and you know they have some supplies on hand.

Now, since you dislike them, you want have any qualms about how you actually get the supplies, and since its the end of the world, you can pretty much do anything you want. So that boss who wouldn’t give you a day off on a wednesday to go to grandma’s funeral is really going to regret it.

(The lawyers again want us to remind you that the above is meant in a humorous manner and we in no way advocate hurting anyone.) 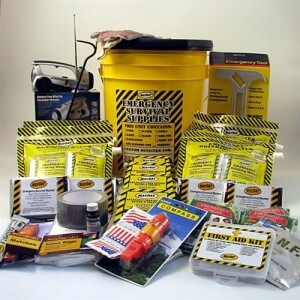