It’s been a while since I sat through a movie in a theatre and felt like I’d been robbed.  I guess it was about time.

I really like Liam Neeson and usually enjoy his movies even if others didn’t, but this one was just horrible.  It’s not his fault directly, but the script sucked and it makes me wonder what he thought when he read it.

There are just too many things that make no damn sense.

The top three that made no sense and ruined the movie in order of annoyance ( the last being the greatest):

2.) When Liam comes back and gives them all branches to make bang sticks from. The branches are straight cut is one issue that bothered me, and then their ability to make bang sticks.  I don’t think that would have worked with just hardened wood and duct tape.

3.) There is a huge ravine over a river.  They make it across, and the wolves are already at the bottom of the tree.  Apparently wolves can teleport.  Suspension of belief is one thing, making no damn sense is another.

The worst movie of the year, but the year is still young. 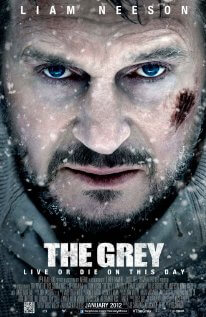