Is Kmiss yet?  I’ve fallen in love with three revolvers. 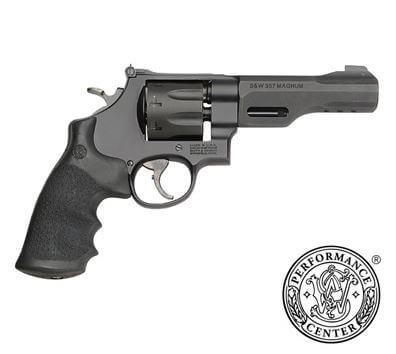 The reason I was drawn to this beautiful revolver was its combination of an 8 round cylinder and its sleek looks. I ended up putting this weapon in 3rd place. Why? The first reason was its weight, at 36.3 ounces, this is actually a bit lighter than what I’d like it to be (blame the Scandium Alloy Frame). And although I only got to put three rounds through it at the range, the .357 rounds  left my hand stinging. 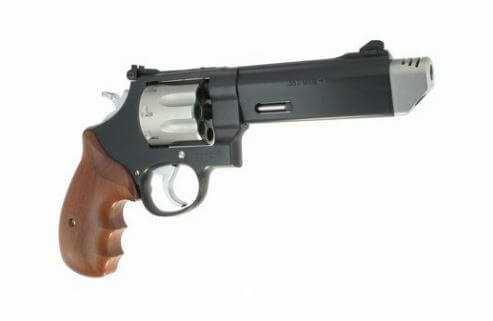 Once again I really like the 8 round cylinder in the 627 V-Comp. But the looks on this one kinda got me. It looks cool at first glance, but the two tone cylinder and gun tip. I actually like the solid darker tones much better. The other thing I love about this gun though is that it has a stainless steel frame and weighs in at 47 ounces. That weight is going to help keep the felt recoil down. Ultimately, this got put in 2nd place because of the price. $1500 bucks is just a crap-load of money. 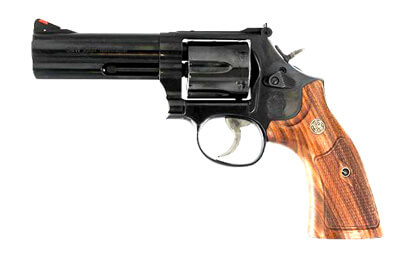 In the end I chose the Model 586 with the 5 inch barrel? Why? It has a solid steel frame, wood grips, and comes in at a nice 40.9 ounce weight. I really wish they made the gun with an 8 round cylinder, but it only comes in 6, which is really the only thing I wish were different about this gun. At $800 its still not cheap, but I could almost get two of them for the price of the 627.

So now I know what I want, I guess I’ll have to see what Santa thinks come December.