My friend’s mom constantly tells me (and anyone who will listen) what is right and moral based on her religious beliefs while spouting what she and her church are doing to influence local and state politics. It makes me sick that religious groups can try and force their beliefs on others, but they don’t have to pay any taxes.

Make them pay taxes like everyone else, then at least they have a right in my opinion to say whatever they want and right letters and wear signs out on the street.  At least that way they are paying into the system they are trying to influence. 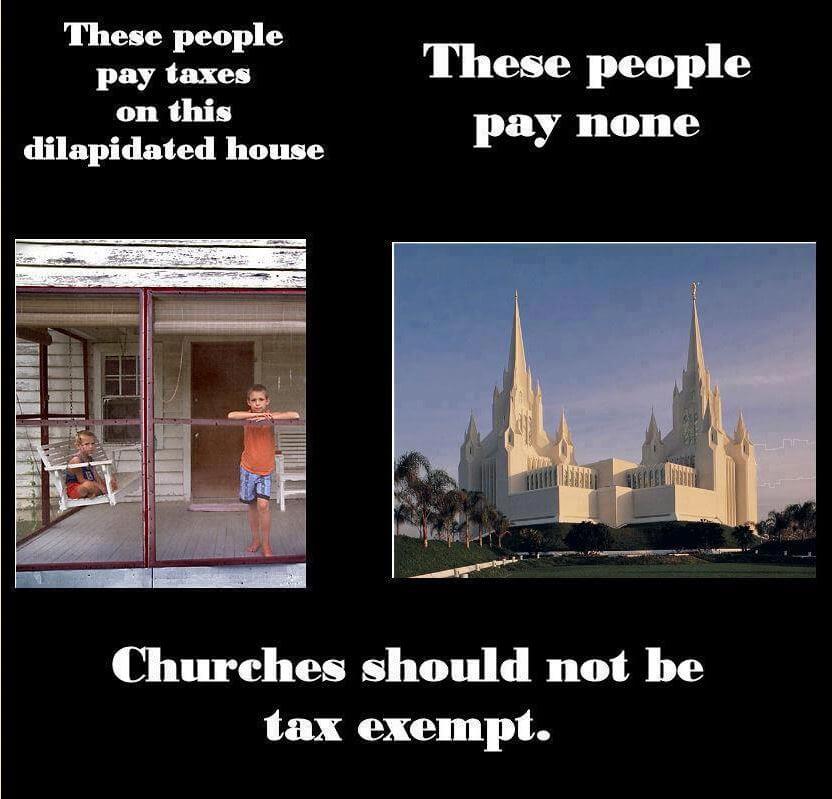