Faux News and the McConnel/McCarthy Republicans have created a right wing conspiracy that masks and vaccines are somehow the same as putting Jewish Citizens in ovens and killing them. These radical Trump Cultists have told their base through Faux News and right wing media that attempting to manage Covid-19 is the same as the horrible events that happened in WW2.

It is crazy, it is a lie, and now doctors and nurses are being attacked because Faux News, and the McConnel/McCarthy Republicans have lied to their base.

Tell me how they are not responsible for this violence?

Cold War begins with a warning. Life can be stressful, if you need help, please get help. Visit https://www.wannatalkaboutit.com/ to find support. Take the first step.

Cold War opens with the band of well armed men closing in on the house. They start out in stealth mode but that doesn’t last long. The Zombie who’s been running around outside the house charges, and gets lit up, alerting the occupants of the house that they are about to be joined by newcomers. The brave men use Sun as a distraction, telling her to wave a bit of cloth.

Inside, Rose sends Anna upstairs while she plans on defending the 1st floor. Freddie desperately wants a gun, and then to surrender, but Rose isn’t taking any chances with a grouped of armed men around Anna. After Anna takes a shot the well armed group lights up the house, hitting Freddie in the process. This is when Rose does something cruel, gut genius. What do you do with someone who is wounded and likely do die and turn into a Zombie?

It’s not nice, but Rose just put a deadly guard in the basement.

Lucky for Rose and Anna the second group of survivors shows up while they are being attacked, causing a three way shootout. Much easier to survive when there are lots of different people shooting at each other, instead of them all shooting at you.

Which brings one unfortunate soul into the basement where Freddie gets a little too close and personal.

Outside the main group of well armed men have made it to the house and breached through a window. The combat scenes are just so well done, and I like how there isn’t much hesitation about what needs to happen after someone is bit.

Poor Sun is caught in the crossfire, here hands cuffed together as she just tries to avoid getting shot or bit. Even after she saves one of the militia, they still treat her like a prisoner.

Breach takes us back to the initial attack and Anna taking the shot that ends up getting the house lit up. Then Rose comes up, already having dumped Freddie down the stairs.

The militia comes in and begins to sweep the house has Rose and Anna hide in the tub. Lucky for them, they get found first by the guy I thought was Spears hiding in the house – but wasn’t. For some reason the militia let him leave and give him a chance to offer Rose and Anna a guide to the airstrip. He says he knows the pilot, and can get them there. Why? It’s not really clear, but he does seem as if he is a bit delayed. I do like his mittens though.

Near the end of Cold War we hear the plane overhead again, which I guess draws everyone else off to try and follow it? Why else would the house that was just swarming with gunmen be empty as Rose and Anna leave?

I’m giving Cold War an 83/100. The violence and story are great, but I hate how the timeline keeps switching back and forth. The sparse dialogue is also a pro and a con. It focuses you on the story and the stark visuals, but it also leaves a bit of a gap as to why and how everyone keeps navigating to the same locations. Finding out who is airdropping supplies seems like a good idea, but why are the survivors just immediately opening fire on each other? It seems like a bad strategy when the majority of the population are dead and trying to eat you.

Let’s start out with what Assassination Nation is not. I watched the trailer and was expecting something closer to the purge. I was expecting more action and less Gossip Girl. I clearly didn’t have the correct expectations.

Assassination Nation has a simple concept. Someone hacks the town’s social media and begins posting everyone’s dirty secrets. This drives people to do horrible things.

I actually invited my seventeen year old to watch it with me (because I thought this was going to be more action and less soft core erotica) and was relieved he didn’t after the first half hour. Assassination Nation never even shows an uncovered breast or any full frontal nudity, but there are plenty of butt cheeks hanging out and hyper sexual texting and conversations. I tell all my boys that sex is normal and natural and that if they can’t buy condoms I’ll buy them (or to ask their older brothers). So I’m not a prude, I just don’t want to sit next to my seventeen year old son and watch teens prance around with their asses hanging out. End of rant.

So how was the movie? It wasn’t bad. The acting was good, and the sub stories were uplifting. The pro LGBT sub story will hopefully help some kids out there.

Overall I’m giving it a 65/100. Mostly because I felt like the movie couldn’t really decide what it was. It starts as a gossip flick and ends as a gore/shock/trauma shooter. The gear change was just a little too much for me.

Trump is not a moral man.

I regret voting for him. I hope that my vote on November 6th can help make up for my massive mistake.

Trump lied to me just like he lied to many people.

I did not vote for a man I thought would destroy our country. I voted for the Trump who said better, cheaper healthcare, and support for the middle class. What I got was the Trump who only cares about the rich, and wants to destroy the Affordable Care Act and is willing to incite hatred for any organization or individual who questions him in any way.

Trump sees the media as a threat because he has no defense for his actions. He is immoral and a liar. His only response is to attack anyone who points that out as “an enemy of the people”.

Trump is responsible for these pipe bombs, even though he didn’t mail them. 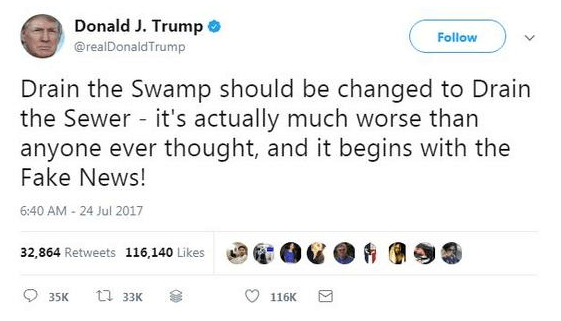 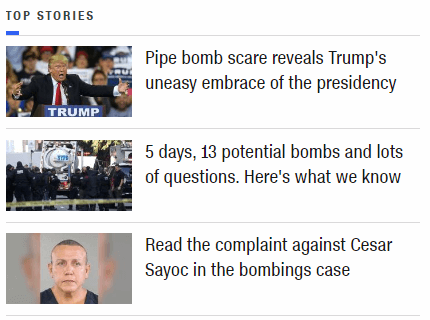 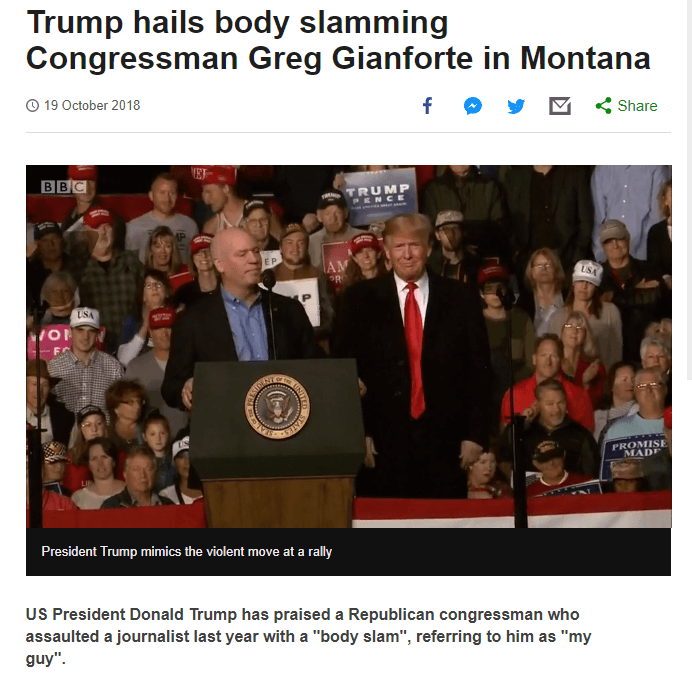 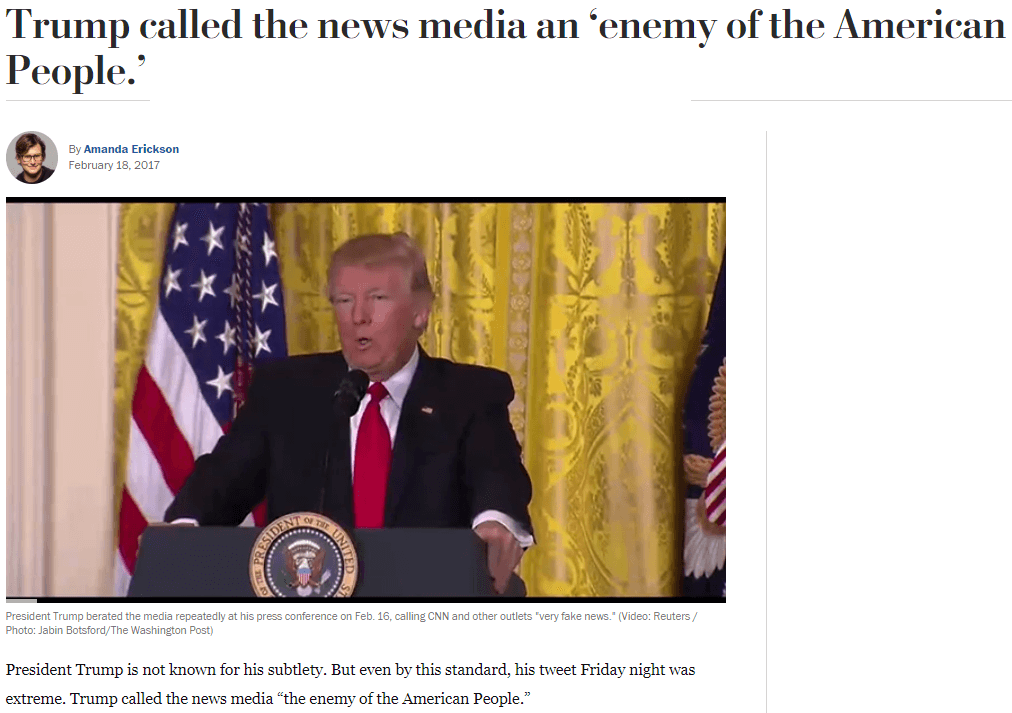