We have three branches of government for a reason. A President is not a king. Trump can’t just decide to change what Congress approved, and any Congress that would let him deserves to be thrown out.

Trump broke the law, Trump obstructed Justice trying to hide that fact, and now Mitch McConnell is going to do his best to let Trump get away with it.

Is the GOP finally coming to their senses?

Don’t let Trump destroy our country or our party any further.

Take back the Republican Party, vote out anyone who supports Trump.

I regret voting for Trump.

I regret falling for his lies and believing he was going to help the middle class because he already “got his”.

I regret the fact that Trump is being allowed to destroy the Republican party and our country.

The current Republicans are going to pay on voting day for what they have allowed Trump to do, and I am one of those Republicans who will be voting against anyone who supports Trump and his train wreck of a presidency.

Trump stands against the rule of law.

Mitch McConnell is a traitor to his country. Every Republican who won’t votes against protecting the special counsel has turned their backs on their country.

Each and every one of their names is being recorded, and we will vote them out of office. Those who actually lied and cheated will be prosecuted as fully as they can be.

The rule of law has to be protected.

Mueller has to be allowed to finish. We need to know how much control the Russians have over our current administration. 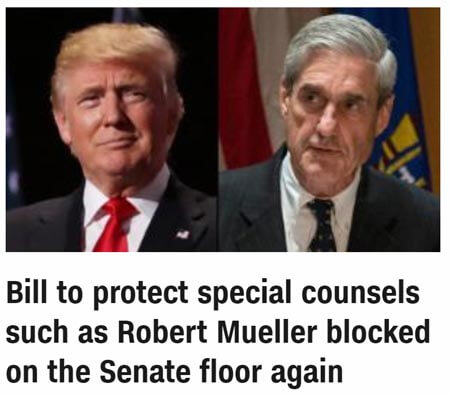 Today is a critically important day. The future of our country is at stake.

Got out and vote. I am not even going to tell you from whom. While that does matter – the most critical thing is that you use your right to vote, and do it.

Our country should not be decided by the minority who vote. Let me start by saying that I have guns, more than my SO would like me to have.

I like to shoot clays and go to the handgun and rifle range for target practice.

I enjoy taking new shooters to the range to get them into the hobby.

Okay – now that this it out of the way – Trump is a complete idiot. A complete insensitive idiot.

The response to a horrible event like what happened in Pittsburgh isn’t to blame the victims. He suggest its really their fault by claiming their lack of having an armed guard – AT A CHURCH SERVICE!!!!! – is to blame for these people dying.

Trump is a complete and utter disgrace to this country.

The solution to gun violence is not more guns.

The solution to gun violence is a single, federal gun registry.  Every gun, every person. Law enforcement should not have to guess if you have a weapon when they show up to a house for a domestic disturbance.

Guns are a privilege – and there should be very strict consequences around that privilege. Pass an amendment to the constitution. Behind on your taxes? All your weapons are forfeit. Get a driving while under the influence ticket (alcohol, drugs, I don’t care) you lose your federal firearms ID for ten years. End of story. Post violent messages online? There should be a court to arbitrate and assess the risk – and those who are deemed to be questionable should have their gun rights removed.

We can manage this issue – but not by putting our heads in the sand and demonizing every effort to save our country from the scourge of gun violence.

Save our nation – vote out anyone who supports Trump. Trump had ruined my Party.

The Republican Party used to be about fiscal conservatism and the rule of law.

Now the Republican Party is about supporting the King.

Anyone who disagrees with Trump is the devil – and anyone who supports him can do no wrong.

Kavanaugh’s confirmation was a disgrace and a slap to all of us who have survived sexual assault.

Save our country, tell Mitch  McConnell he is a traitor who puts party over country. Trump has made us the laughing stock of the free world and a joke to those who know how much power Putin has over the President.

Save our nation. Vote out anyone who supports Trump and this disaster of a presidency. Trump can’t take a punch. Not for sh*t.

He’s a massive cry baby who thinks he can bully women and anyone else he perceives as “a lesser” person.

The one thing that Trump has done well is to harness the anger that Faux News has created. They have dumbed down and demonized anyone who isn’t pro big money, and blamed brown people and gays for the decline of the middle class – all while corporate profits have reached new heights.

Trump is destroying our country, and because of organizations like Faux News, the people being the most hurt by Trump’s policies are his biggest supporters.