At the end of episode 3 Scott had his butt kicked by Derek and we find out the Veterinarian knows more than he’s been admitting.  Episode 4 starts off pretty much were the last one left off, with the Vet revealing that he knows a lot more about the “other” world than he’s been letting on. 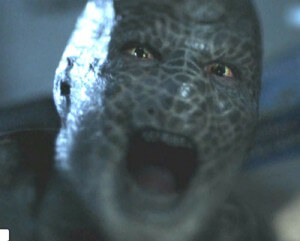 Stiles – “You and Allison have to find a better way to communicate!”

This is after Stiles is telling Scott a lot of sweet nothings.

Stiles – “I mean bestiary, and I don’t want to know what’s going on in your heads.”