Cooking over a fire can be a pain in the rear. If you are out hunting or scavenging it is sometimes easier to just bring this Cast Iron Cooking Tripod

so you can hang a kettle or other pot from it to boil water, make coffee, or cook your meals. It also comes with a handy S hook so you can easily adjust the cooking height by hanging your gear higher or lower on the chain.

While it is over three feet long it is also relatively easy to store when the legs are all next to each other. At thirteen pounds I am not going to want to carry it on my pack but I would pack it with me if I was travelling by  Bike (Day 110) or was going to outfit a hunting camp or a backup bolt hole.

These two guns have such amazing art work on them I’d be afraid to shoot them. They are simply beautiful. 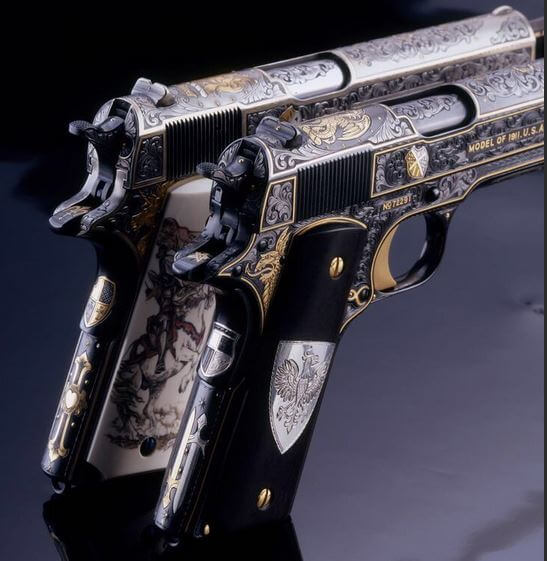 This Hot Zombie can roll with the best of them… 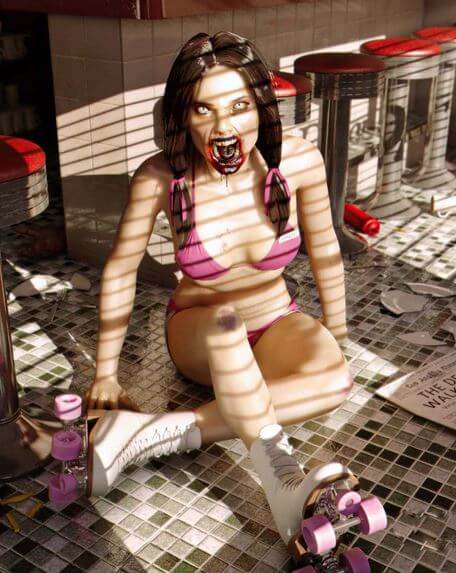 We live in a dangerous world. I hate to say it, but schools aren’t always the safe place they should be. That in and of itself is a good reason to buy this Bulletproof Backpack

. The back of the pack

So you can see this isn’t a minimal amount of protection, we are talking some serious armor here. And think about it, if you or a loved one is there when the shooting starts, they are likely to be running, which means if they are going to take a round, this pack will protect their vitals below the neck, which could mean the difference between life and death.

And as a survival tool, it is the perfect pack to outfit your scavengers with. If there are others out there this might just safe their lives when someone decides to shoot them and steel their stuff. They just need that second when the bad guy thinks they are down to get their own shot off.

You can however bleed to death… 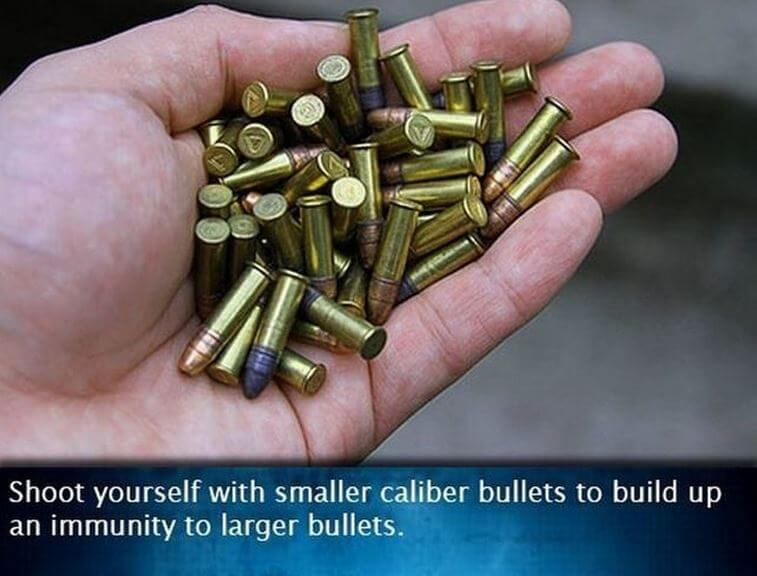 This is the best thing Macaulay Culkin has been in since, well, since Home Alone.

How do you reward someone for cutting through a horde of the Undead to save your kid, or your wife, or maybe even yourself? You can feed them and give them the shelter of your walls, but if you really want to thank them keep this Camp Hot Water Heater on hand to burn up every propane tank you can scavenge from the decks in town.

Give a man a hot shower during the apocalypse and he’ll kill for you.

Give a woman a hot shower during the apocalypse she’ll likely allow you to get dirty with her.

That sounds like two good reasons to get a Camp Hot Water Heater.

If I ever get to meet Nathan Fillion I hope there isn’t a sub conscious reaction as my mind links this girl with him. 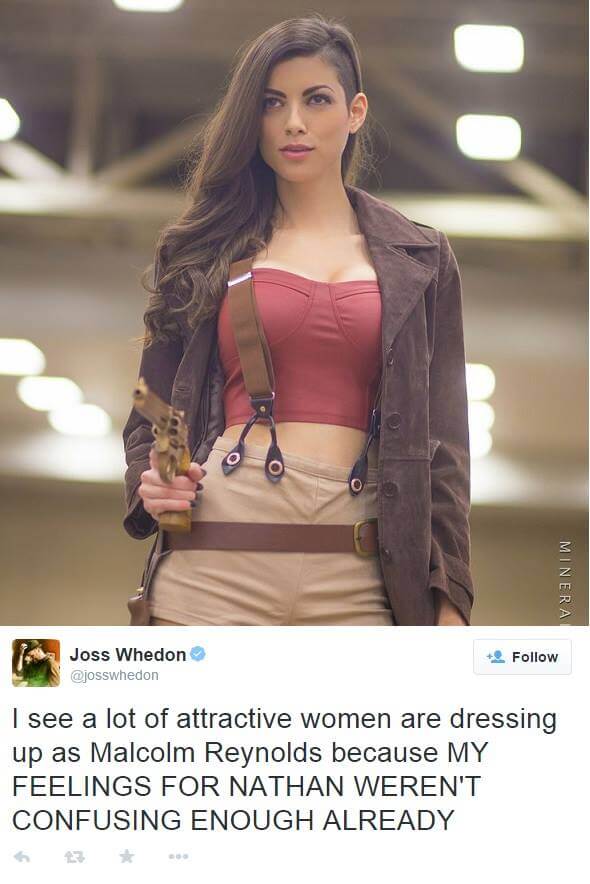 Who thought tiny Undead zombies with good hearing was a good idea?

is the perfect addition to your Bike (Day 110). It allows you to easily connect the wagon to the seat column so you can quietly travel to your scavenging ground where you can unhook, leave your bike in a safe place, and pull the wagon the rest of the way by hand. It lets you take the wagon places you might not be able to get with a bike, and if you do come on a horde you can leave the wagon behind and run for your Bike.

It is also the perfect set of tools to use when hunting. Ride your bike far enough from camp so that the shot won’t pull the biters to you. After you butcher the kill you can load the meat in the wagon (use plastic bags or buckets so you don’t leave a blood trail.) and bring it back to camp.

It’s also a great way to transport heavier items like water if you aren’t lucky enough to have a spring or well close at hand.