Coda starts off with a bang when Rick runs down the cop who bashed Sasha, first hitting him with a cruiser and then putting him out of his misery.

The story jumps from there back to the pastor, who like a moron, left the church and led a horde of undead back after him. And I think johnlockintensifies from tumblir captured my thoughts exactly.

Carl and Michonne let the Pastor into the church, then flee out the hole he cut through the floor and barricaded the walkers into the church. Doh, should have let him die.

Just when we think Carl, Michonne and the Pastor are screwed Team Eugene shows up to close the church door with the front of the fire engine. There are hugs when Maggie finds out that Beth is alive, and no surprise at all when Glenn tells Michonne that Eugene was lying about having a cure. 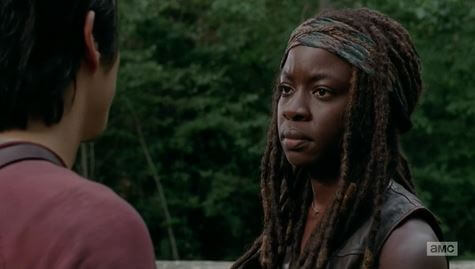 In the prison the cops are getting more violent, and Beth keeps drawing more ire, especially from the one male cop. Dawn confronts Beth about what happened in the office and Dawn tells Beth she has saved her twice now, but I’m not really sure what Dawn wants. As she is confronting Beth one of the other cops overhears and tells Dawn that she is going to rat her out. And it turns out that Dawn is maybe a good guy? She is angry that the other cops were raping the girl who committed suicide. The cop who overheard gets the drop on Dawn but with Beth’s help he ends up falling down the elevator shaft. Afterwards Dawn tries to bond with Beth but it doesn’t turn out like Dawn expected. Beth seems to have her number, although I do think its dumb of Beth to tell Dawn she thinks everyone is trying to use everyone else. Doesn’t that ruin an advantage she may have had?

Shortly after we cut to the outside and Rick walks out and stops a patrol car so he can talk to them and make his proposal.

The last ten minutes opens with the cops and Team Rick about to make the trade. Does it go bad? Rumor has it someone from Team Rick dies during the mid season finale. I hope that is bull crap.

They exchange one for one, then as Beth is being swapped we think everything is green until Dawn asks for Noah. She wants Noah in place of releasing Beth but Team Rick doesn’t want to let Noah go. Come on people, don’t just stand there as they ask fro Noah, draw some guns, make the crazy cops at the hospital pay.

Team Rick walks out to find Team Eugene, and Maggie finds out her sister is dead as her body is carried out by Daryl. I hate the face they killed Beth off. I really liked her. 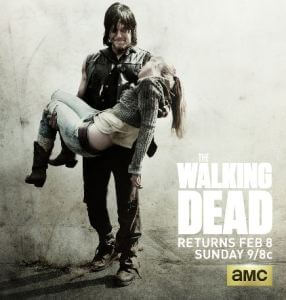 The last thing we see during the mid season finale is Morgan walking up to the church, following the markings someone is leaving on the trees. As he is walking around Morgan finds the note that Sgt Ford wrote on the map.

OMG, my oldest boy used to be so sweet and nice.  Then he got to college and he is apparently a chick magnet. It is so weird seeing the little kid you raised grow up. 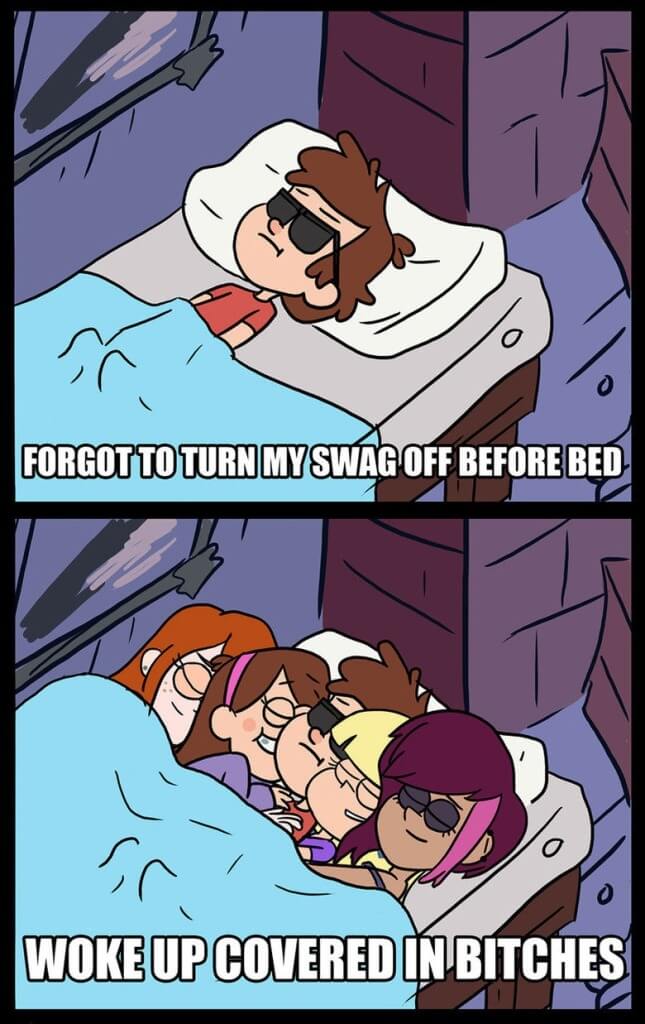 Look, I don’t care if she is a liability during the apocalypse because she will want to make shotgun rainbows. She is still on my team. Someone has to make it worth living.

Daryl rocks. If I had lady parts he’d make them tingle.

Want to let that special person know just how special they are? Get them a  Kindle Paperwhite. This thing is amazing. Read in the sun with no issues (try doing that with an iPad or other tablet). And it gives you the ability to instantly look up words or look for passages – and best of all, the battery lasts for weeks.

Show that bookworm you love them. Get them a

This Saturday’s Movie was an easy one to pick. Guardians of the Galaxy

is just an awesome movie.

Chris Pratt has the perfect mix of comedy timing, looks, and physicality to pull off the action hero role expertly.

Although I have to say my favorite characters are Rocket & Grute.

The two of them really stole the show for me.

And of course, Merle, I mean Yondu was played by Michael Rooker who plays the bad guy oh so well.

Truer words have rarely been spoken… 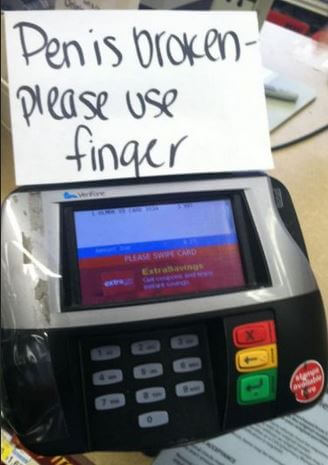 I’m over 600 rounds in and loving my Benelli M2.  It really is just a wonderful shotgun.

These are the perfect gift for everyone and they are actually quite important. People always assume you can take care of themselves and now with these Kendo Practice Swords whomever you gift them too will be able practice and know they really can.

Get the perfect apocalyptic thriller to read while you stay inside warm and cozy and away from the snow.