Episode  16, Welcome to the Tombs

OMG – It is the last episode of the season! I’m both excited and sad.

The episode starts with the Governor beating the crap out of Milton, angry that he burnt up the walkers in the pit, and took away a tactical resource in the process.

Back at the prison Rick and the team are packing up, getting ready to run, or at least that is what it looks like. After the Governor rolls through the front doors we find out that Rick planned an ambush, but it was kind of half assed. They should have hit harder while their enemies had their backs turned. It seemed like a poorly run counter ambush just to turn around and bolt while leaving Glenn, Carol, and Beth behind to fight off a second wave if the Governor returns?  Or was Rick going out to attack the Governor as he ran?  I have no idea.

The episode started out so strong. It had awesome gun battles and action.  Then it just went down hill. There wasn’t really an ending. I guess they were going for a cliff hanger for next season. What happens with the Governor?  But it just felt like crap to me. They could have done a better job. 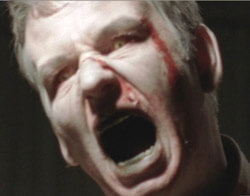 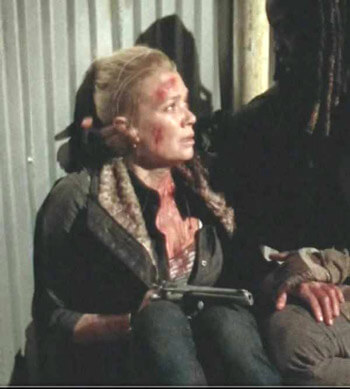