It just makes me so sad, and mad.

I have a buddy who says that if you are too dumb to get an education then you deserve your minimum payment job. It’s almost unbelievable how someone so smart can be so easily sucked into such thinking by those reaping huge profits off the outcome of the decision.

The question I can never seem to get answered by him is what if there is no living wage for any of those workers?  So every quicky mart, Walmart and fast food place shuts down? I’m not saying pay them 200k a year. I’m must saying they should be able to live, not high on the hog, but live.

The next argument I get is that they shouldn’t have had 3 kids then. Granted, I agree with that, but are you going to punish the child for the sins of their parents and take away food assistance? (like the congress just did, while passing a huge farm agro bill – such a slap in the face)

If you really want to get people off the government support systems, force companies like Walmart to pay their workers a living wage so they don’t have to use government assistance to live.

When does a company have enough money? I say now. Tax corporations and force them to pay their fair share. 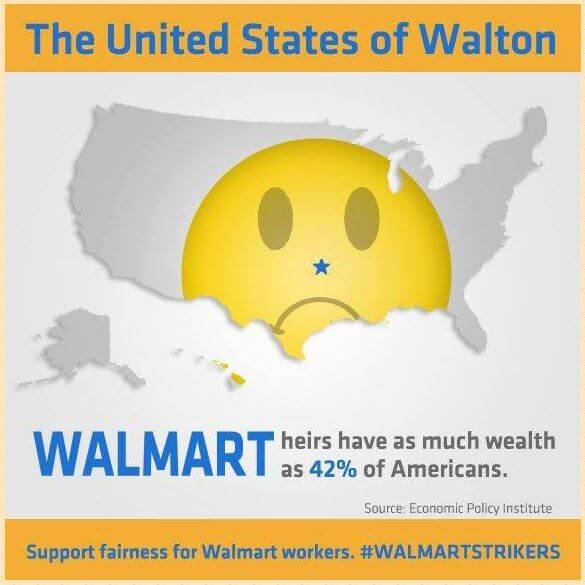