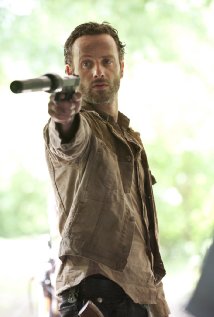 It’s finally that time again. The Walking Dead season 3 is back!!!

The season premier starts with Rick’s small band of survivors charging into a house and clearing it, searching for supplies. And then, just as soon as they get to rest, the horde is approaching. They’ve been looking for somewhere to survive, but it looks like they are running pretty ragged.

The first episode was a home run. The team is working hard to survive, and fight to clear a prison, trying to find a place to rest and heal. Which is especially important to Lori, as she is about to pop.