It was a bit cold out today but I hadn’t been able to get out to the range in a few days so after playing airsoft I decided to pack up my stuff and head to the range.

I had three different types of ammo, and put another 400 rounds through my new CZ 75.

Let’s start with the Herter’s Aluminum cased ammo with nylon coating. This ammo looks interesting with a strong blue nylon coating instead of copper. 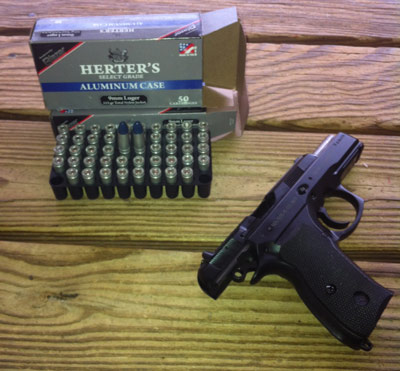 This is my first two clips. No failures to fire or failures to eject after going through three boxes of rounds.  But I have to say they don’t group real well. Not bad for plinking, but I’m glad I didn’t buy a few thousand rounds. 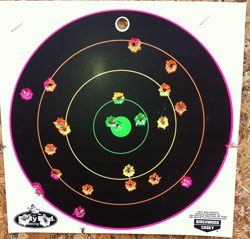 I went through three boxes of Lawman without any issues. This ammo feed well, ejects without issues, and was the best grouping of the day. 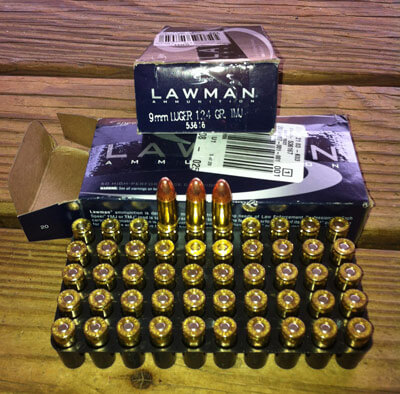 In my defense it was really cold and my hands were freezing. Even with that I grouped well on my first two clips, even if it was a bit to the left. I’m going to wear some gloves next time and see if I can improve my accuracy. 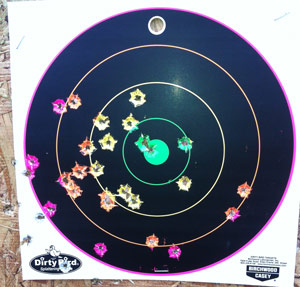 I was so hopeful for this ammo. I just bought a thousand rounds of this Herter’s Select Grade and I really thought it was going to be a good buy. I didn’t realize until after I but it that this is made on the same Russian factory line as Tula and Wolf, which would have kept me from buying it. I’ve had bad experiences with Russian ammo in the past, and the Herter’s Select Grade didn’t change that opinion at all. 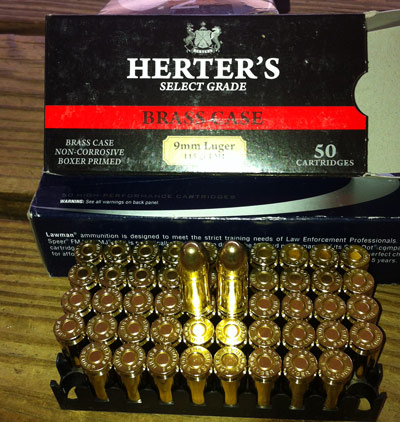 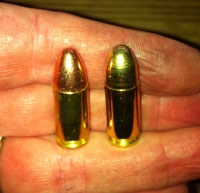 The Herter’s Select Grade round is on the right, and the Lawman is on the left. When compared to the Lawman I’m curious what the round is actually jacketed in. I thought it was supposed to be copper, but it looks goldish, making me wonder if it is brass plated?

Bottom line was that the Herter’s Select Grade was a mess. It grouped nicely (sorry, pic was too dark to use) but out of a hundred rounds I had multiple failures to eject and one failure to feed because the round was too large. The brass wouldn’t feed into the well because it was way too wide.

This failure to eject issue happened at least four times, and the brass that did eject appeared not to fly as far as the Lawman, making me think either they are under powered or they aren’t really brass and the casings are a heavier metal than they are billed as. 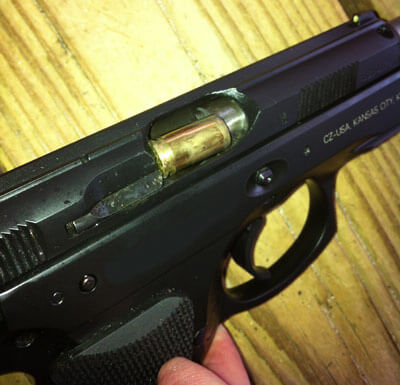